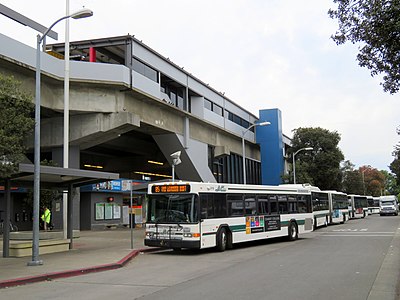 San Leandro is a Bay Area Rapid Transit (BART) station located off Davis Street (Route 61/122) in downtown San Leandro, California. The station has two elevated side platforms, with the faregates at ground level. It opened on September 11, 1972 - part of the first BART line.

A busway is located on the east side of the station. A five-month project to renovate the busway for Tempo bus rapid transit service began in August 2019.