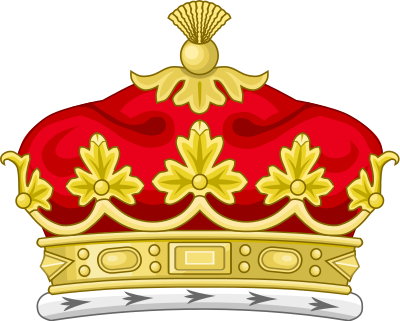 The first creation in 1670 (along with the barony of Nonsuch and the earldom of Southampton) was for Barbara Castlemaine, a mistress of King Charles II. The dukedom was created with a special remainder allowing it to be inherited by her first son, Charles FitzRoy, and his heirs male, then by her third son, George FitzRoy, 1st Duke of Northumberland, both being her illegitimate sons by Charles II. Charles FitzRoy was created Duke of Southampton in 1675 and inherited the dukedom of Cleveland in 1709.

His son William inherited both dukedoms in 1730. He died without heirs male in 1774. As there were no heirs male descended from George FitzRoy, 1st Duke of Northumberland and the 1st Duchess of Cleveland's 2nd son (Henry Fitzroy, 1st Duke of Grafton) and his heirs male had not been made eligible to inherit the dukedom of Cleveland, the title became extinct.

The dukedom of Cleveland was created again on 29 January 1833 for William Vane, 3rd Earl of Darlington, along with the title Baron Raby. He was a great-grandson of Charles FitzRoy, the second Duke of the first creation, and had already been created Marquess of Cleveland on 5 October 1827. For more information on this creation, which became extinct in 1891, and the Vane family, see the Baron Barnard.

Other titles (all): Countess of Southampton and Baroness Nonsuch, in the County of Surrey (1670)

Other titles (2nd onwards): Duke of Southampton, Earl of Chichester and Baron of Newbury, in the County of Berkshire (1675)