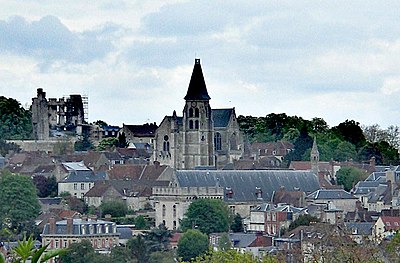 Clermont (French pronunciation: ​[klɛʁmɔ̃]) is a commune in the Oise department in northern France.

Clermont was also known as Clermont-en-Beauvaisis or Clermont-de-l'Oise. The town is built on a hill surmounted by a 14th century keep. It is the relic of a fortress that was used as a penitentiary for women. The church dates from the 14th to the 16th centuries. The hôtel-de-ville, built by King Charles IV, who was born in Clermont in 1294, is the oldest in the north of France.

The town was probably founded during the time of the Norman invasions, and was an important military post, during the middle ages. It was repeatedly taken and retaken by the contending parties during the Hundred Years' War, and the Wars of Religion, In 1615 Henry II., prince of Condé, was besieged and captured there by the marshal d’Ancre.

It is twinned with: